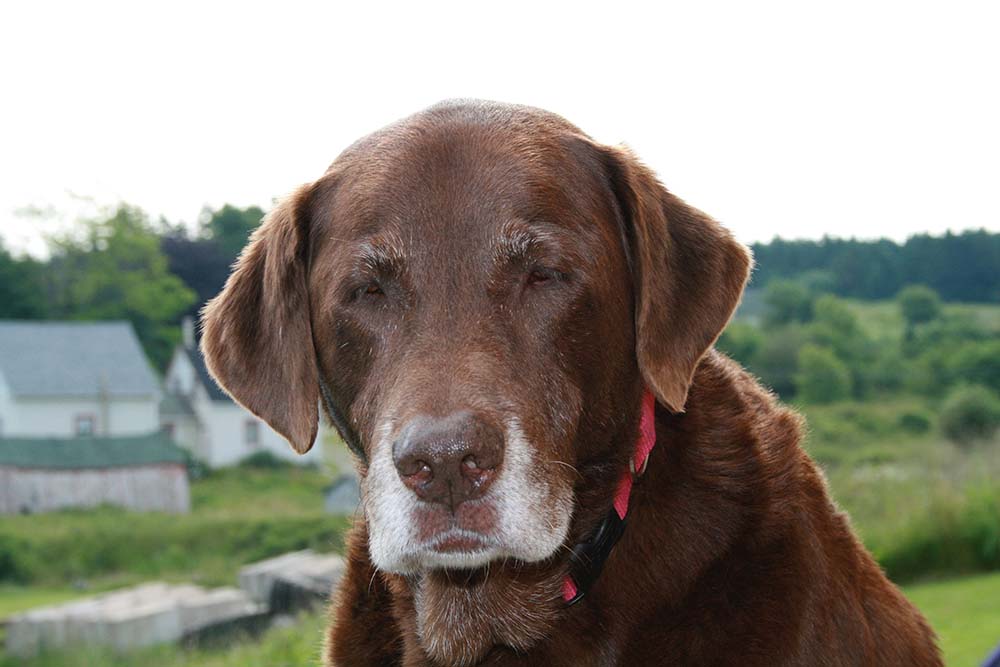 ElderDog Canada represents a coming together of two things: a recognition of the vital connection between older adults and their dogs and the importance of preserving the lives and dignity of older canines.

Histories are more full of the examples of the fidelity of dogs than of friends.

Each experience had a profound impact. ElderDog was created from this research-informed knowledge and commitment to making a difference in people’s lives, volunteerism, and knowledge of the power of the human-dog relationship. ElderDog Canada was federally incorporated as a non-profit organization in 2009 and became a registered charity in 2016.

The sudden death of Ardra’s older brother prompted an adoption into her family and canine pack of Mister Brown, an ageing Chocolate Labrador Retriever and her brother’s companion. Laden with an inoperable, cancerous growth on one of his legs, Mister Brown eventually succumbed to the disease but not before enjoying a reawakening to life in the country. Other old dogs like Mister Brown typically are not as lucky. Considered unadoptable, ageing animals like Mister Brown often have doubtful futures. Ardra and her family’s care of Mister Brown was as rewarding for them as it was enlivening for the old dog. He became the poster boy for the ElderDog “project” and his photo has become a symbol for ElderDog Canada.

Founder of ElderDog Canada, Ardra Cole is a university professor with a background in educational psychology, teaching and learning, research methodologies, adult education, and community development. She has been a faculty member in universities for more than 30 years and has had a career-long commitment to making her research matter in people’s everyday lives. Through her volunteer work in animal-assisted therapy with her beloved Tattoo (now deceased), she observed the power of animal companionship at late and end of life. Ardra also has specialized training in pet loss and bereavement.

Other ElderDog directors and officials have lifelong experience with canine companions as well as a range of other, invaluable expertise including, for example, financial planning, journalism, community development, teaching, writing, and researching. Each is committed to making ElderDog a resounding success.

Help us provide assistance to people and dogs in need.
Donate today!

Pay tribute to a beloved canine companion or honour a special human-animal relationship.